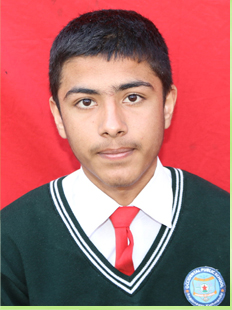 "Logic takes you from A to B. Imagination take you everywhere." -Albert Einstein

The above quote by one of the most renowned scientists sums up the power of imagination. Imag­ination in normal words can be termed as capacity to deeply think about a particular subject. Imag­ination is what makes us know what we are. Imagination has no any boundaries. Let's take an ex­ample. Just think of what is be­yond the sun. Now, imagine what is beyond what you imagined just before. Yes it might sound as a joke to many people but the one who knows what I mean actually have already known that imagina­tion has no any boundaries. Imag­ination can come in the mind of the people in terms of thoughts, critical thinking and others.

What our life is the product of what we think of. And what we think of is our imagination. Imag­ination is an inherent capacity in the entire human beings. And it is impossible to determine what the person is imagining. Throughout the globe, a person is considered as good if he acts rationally be­cause of his imagination in positive way and a person is considered as bad if he acts in a cruel way be­cause of his imagination in a bad way. But what I feel that all these are not true. There are instances where the so called good people are found to have done wrong acts which are the result of their imagi­nation and thought process.

What is the major problem of people now is that people have become parasitic to technology and search even tiny information in the internet rather than imagin­ing it. Due to this what I feel is that many people will be losing their imaginative capacity leaving them incapable of facing the tough sit­uations of their life. Many who know the value of imagination are wasting their time in thinking destructive rather than creative things. Many are not even able to concentrate in what they are imagining. The people who tend to imagine deeply in many instances are found to have forgotten what they have imagined. This is what I think is the result of lack of con­centration towards what the peo­ple imagined. There is no use of imagination when we lack concen­tration. If we just tend to imagine without having concentration, it is a waste of time.

As mentioned earlier it is very tough to materialize the imagina­tion. Only the creative mind has a way to find a solution to it. And the person who is able to material­ize the imagination is the real win­ner. Why are there a lot of tech­nologies around the globe? Was it inherent since the origin of the earth? Of course not. It is the re­sult of the creative mind to make the world easy and less complicat­ed. Had people not been imagina­tive and creative we would have still been in the Stone Age hunting animals for food and living in the jungle like the wild animals.

What is the difference between a creative mind and an ordinary mind? An ordinary mind takes dif­ficulties as a burden of his life. It tends to run away from the prob­lem rather than finding a way to tackle it. But what a creative mind does is that it takes every chal­lenge as an opportunity. An op­portunity to prove his worthiness, capacity and ultimately its dedica­tion to the work being done. For example, if an ordinary mind sees something common he takes it as a natural phenomenon. But what a creative mind does is it tries to know the reason behind occur­rence of the phenomenon. Isaac Newton, the father of Physics, is an example of what a creative mind is. Falling of an apple is a natural phenomenon, but Newton thought about it deeply and final­ly propounded the law of Gravita­tion. Creativity is limited not only with doing something different, but same thing differently. Differ­ently in the terms of making the work simple with new and innova­tive ways of doing the same thing.

Creativity is the capacity to bring the imagination into practise. And bring­ing something imagined to practise is where many fail due to lack of concen­tration. Apart from concentration what is required is dedication. Dedication is the desperate will to do something. And dedicating own self to a specific task is not an easy task at all. Dedication is what makes a person try again and again. It is what teaches the person that if their at­tempts even fail to practise, they don’t fail. It is what makes people try again and again to get their dream (imagination) come into practise. Dedication gives a moral to all the people that if their at­tempts fail, they need to try differently. And trying differently is what helps peo­ple be different from the rest. Dedica­tion is the continious will of the people to bring their imagination to practise through continious labour, determina­tion and conidence in self that he/she can accomplish what is being done. And the taste of the result that one gets once he brings his imagination to success is indescriable in words. No matter how imaginative, creative and concentrated you are, the thing you need to mater­ilaize your dreams is dedication.

We all want to be successful in our lives. But what does success mean? Is is just getting good grades in the exam or get­ting a good job? What I personally feel is that success is something that is the mixture of imagination, creativity, con­sciousness and dedication. It is just the feeling that gives the feeling of ultimate pleasure to the person who has done something praise worthy. Does an un­ripe fruit taste good? Of course not. But what about the ripe fruit? Of course it does taste good. And success is like a ripe fruit where there is the reflection of a long term dedication and has an awe­some taste.